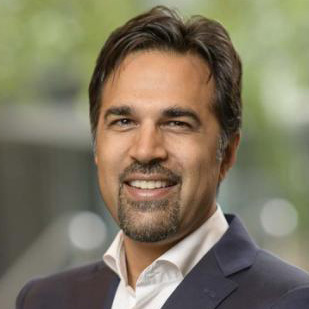 Sohrab Shah received a PhD in computer science from UBC in 2008 and did a Postdoctoral Fellowship under Dr. Aparicio and Dr. Huntsman at BC Cancer. He was soon appointed Principal Investigator in 2010 and was Senior Scientist and Associated Professor at BC Cancer and the University of British Columvia, respectively. As well, Dr. Shah was appointed to MSK in April 2018 as the inaugural Chief of the Computational Oncology Service and is the incumbent of the Nicholls-Biondi Chair. He held the Canada Research Chair in Computational Cancer Genomics, and was the recipient of both a Michael Smith Foundation for Health Research Career Investigator Award and a Terry Fox Research Institute New Investigator Award. His research focuses on understanding how tumours evolve over time through integrative approaches involving genomics and computational modeling. Dr. Shah has pioneered computational methods and software for inference of mutations in cancer genomes as well as deciphering patterns of cancer evolution which have been widely disseminated internationally. He has a track record of developing novel, innovative Bayesian statistical models, algorithms, and computational approaches to analyze large, high dimensional genomics and transcriptomic data sets, from both patient tumours and model systems. This includes advancing molecular profiling of cancer cells at single cell resolution. Dr. Shah has been at the forefront of studying tumor evolution in breast, ovary and lymphoid malignancies. His work has been published in Nature, Nature Genetics, Nature Methods, NEJM, Genome Research, Genome Biology, amongst others. Dr. Shah oversees an annual budget of >$1M in competitively awarded funding from philanthropic, government and international bodies.

Interfaces of Malignant and Immunologic Clonal Dynamics in Ovarian Cancer.

CX-5461 is a DNA G-quadruplex stabilizer with selective lethality in BRCA1/2 deficient tumours.

The somatic mutation profiles of 2,433 breast cancers refines their genomic and transcriptomic landscapes.

A tumor DNA complex aberration index is an independent predictor of survival in breast and ovarian cancer.

DriverNet: uncovering the impact of somatic driver mutations on transcriptional networks in cancer.

Mutation of FOXL2 in granulosa-cell tumors of the ovary.