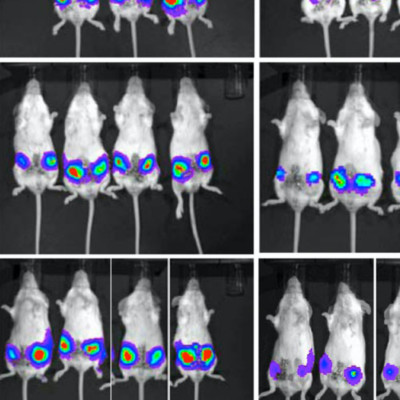 We have previously identified a rare subpopulation of variant human mammary epithelial cells (vHMEC) with repressed p16INK4A that exist in disease-free women yet display premalignant properties, suggesting that they have engaged the process of malignant transformation. In order to gain insight into the molecular alterations required for vHMEC to progress to malignancy, and to characterize the epigenetic events associated with early progression, we examined the effect of oncogenic stress on the behavior of these cells.

HMEC that express p16INK4A and vHMEC that do not, were transduced with constitutively active Ha-rasV12 and subsequently exposed to serum to determine whether signals from the cellular microenvironment could cooperate with ras to promote the malignant transformation of vHMEC. Epigenetic alterations were assessed using methylation-specific polymerase chain reaction (PCR).

vHMEC expressing Ha-rasV12 (vHMEC-ras) bypassed the classic proliferative arrest that has been previously documented in normal fibroblasts following oncogenic stress, and that we also observe here in normal HMEC. Moreover, vHMEC-ras cells exhibited many additional alterations that are observed during progression to malignancy such as the generation of chromosomal abnormalities, upregulation of telomerase activity, immortalization following exposure to serum, and anchorage-independent growth, but they did not form tumors following orthotopic injection in vivo. Associated with their early progression to malignancy was an increase in the number of genes methylated, two of which (RASSF1A and SFRP1) were also methylated in other immortalized mammary cell lines as well as in breast cancer cells and tissues.

We have characterized a mammary progression model that recapitulates molecular and methylation alterations observed in many breast cancers. Our data suggest that concomitant methylation of RASSF1A and SFRP1 marks an early event in mammary transformation and may thus have prognostic potential.