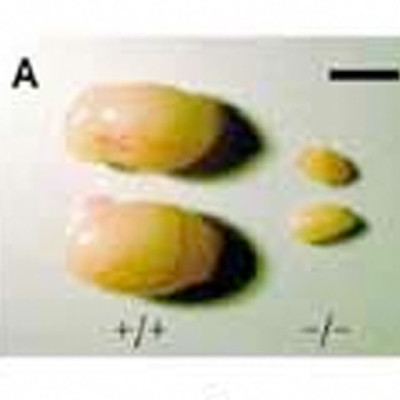 Puberty, a complex biologic process involving sexual development, accelerated linear growth, and adrenal maturation, is initiated when gonadotropin-releasing hormone begins to be secreted by the hypothalamus. We conducted studies in humans and mice to identify the genetic factors that determine the onset of puberty.

We used complementary genetic approaches in humans and in mice. A consanguineous family with members who lacked pubertal development (idiopathic hypogonadotropic hypogonadism) was examined for mutations in a candidate gene, GPR54, which encodes a G protein-coupled receptor. Functional differences between wild-type and mutant GPR54 were examined in vitro. In parallel, a Gpr54-deficient mouse model was created and phenotyped. Responsiveness to exogenous gonadotropin-releasing hormone was assessed in both the humans and the mice.

Mutations in GPR54, a G protein-coupled receptor gene, cause autosomal recessive idiopathic hypogonadotropic hypogonadism in humans and mice, suggesting that this receptor is essential for normal gonadotropin-releasing hormone physiology and for puberty.